B7-H3 positive tumors, including osteosarcoma, neuroblastoma, and high grade glioma, cause significant morbidity and mortality despite aggressive multimodality treatments. Current B7-H3-targeted immune-therapies take advantage of the monoclonal antibody 8H9, which is actively being evaluated in Phase I clinical trials. Engager T cells, which secrete bispecific engager molecules consisting of single chain variable fragments specific for CD3 and a tumor antigen, are a new class of antigen-specific T cells, with the unique ability to redirect bystander T cells to tumors, amplifying anti-tumor effects. The goal of this project was to develop B7-H3-specific Engager T cells, and pre-clinically evaluate their effector function in vitro and in vivo.

B7-H3-Engager T cells were generated by transducing T cells with a retroviral vector encoding a B7-H3-specific T cell engager and mOrange separated by an internal ribosomal entry site. B7-H3-Engager T cell effector function was then evaluated in vitro and in a metastatic osteosarcoma xenograft model. 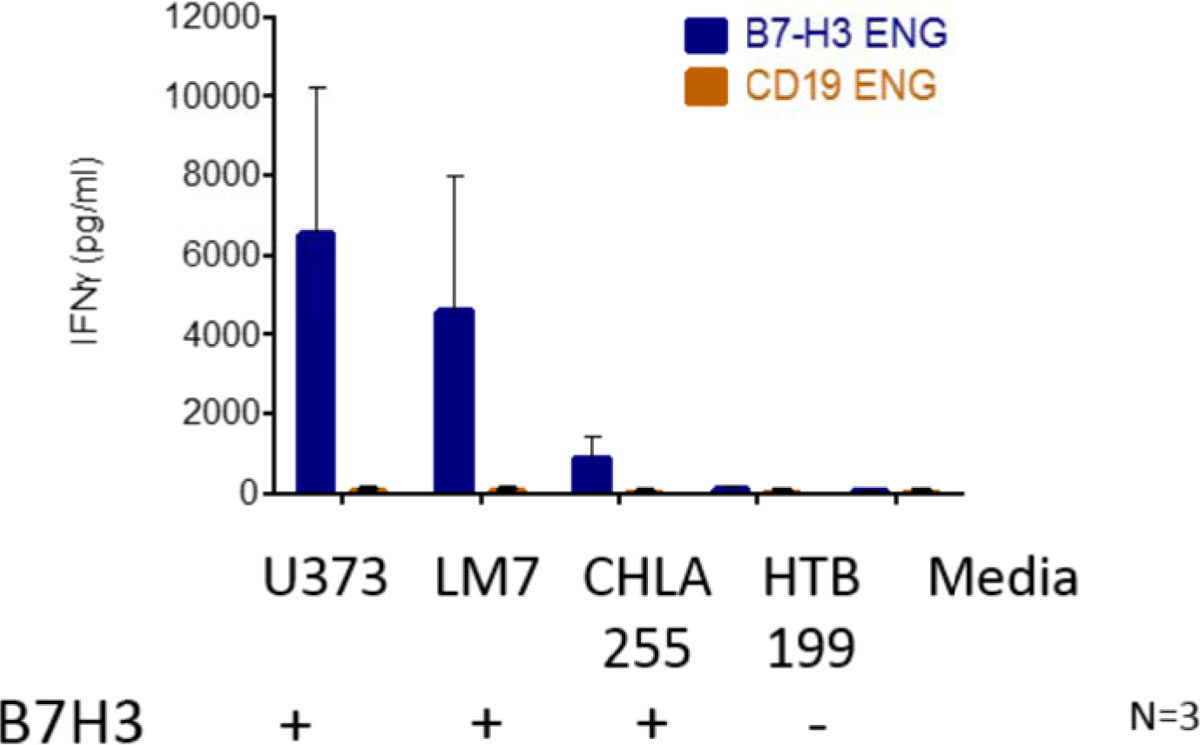 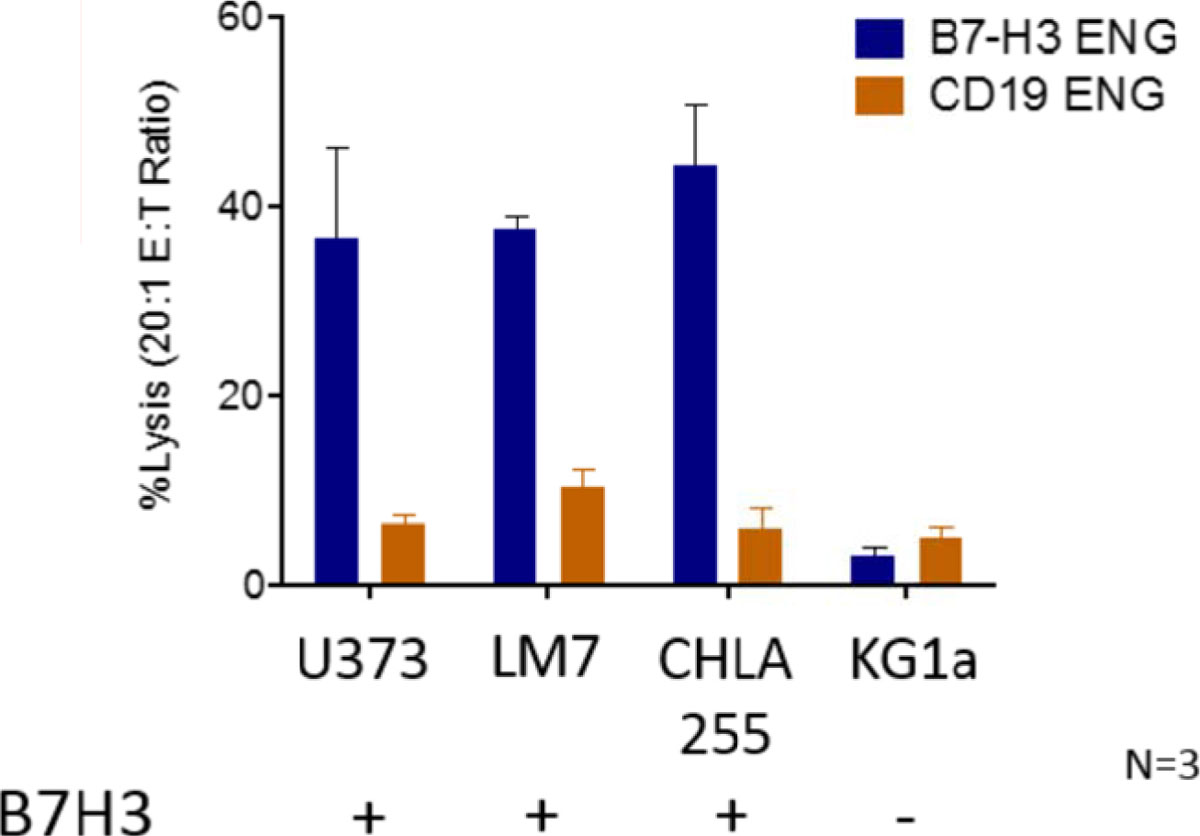 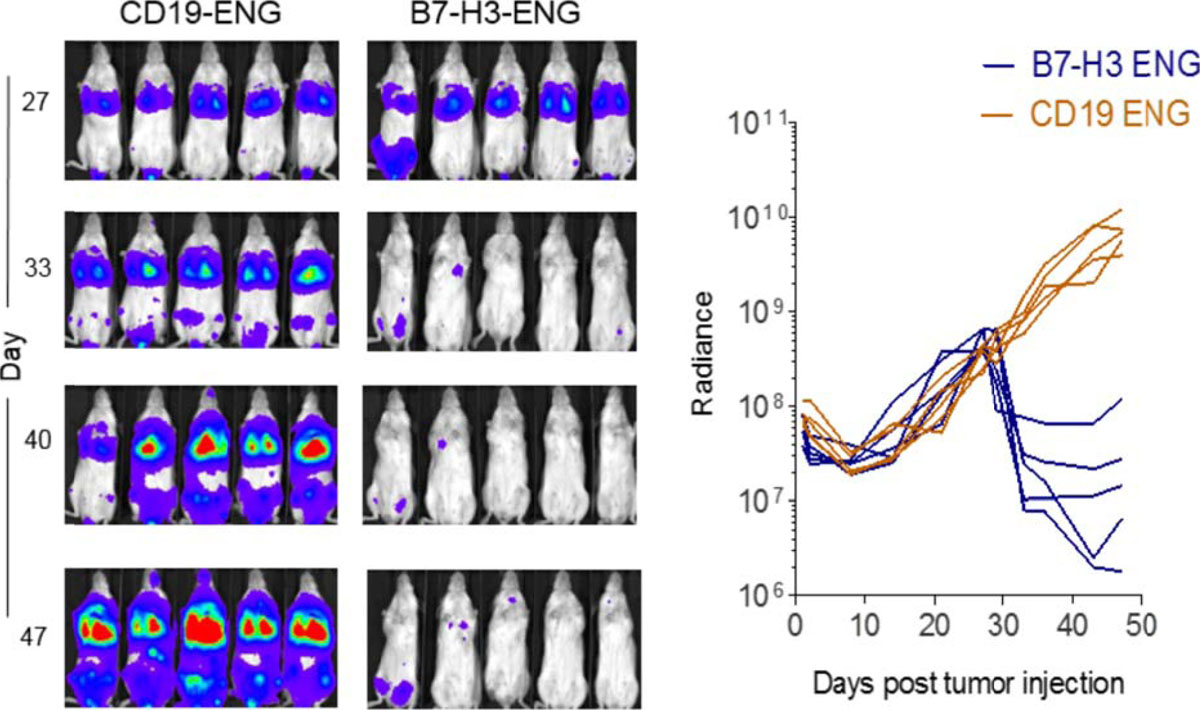 Â© The Author(s). 2015 This article is published under license to BioMed Central Ltd. This is an Open Access article distributed under the terms of the Creative Commons Attribution License (http://creativecommons.org/licenses/by/4.0), which permits unrestricted use, distribution, and reproduction in any medium, provided the original work is properly cited. The Creative Commons Public Domain Dedication waiver (http://creativecommons.org/publicdomain/zero/1.0/) applies to the data made available in this article, unless otherwise stated.